What is Phytotherapy: The Only Guide You Need to Read

The World Health Organization (WHO) states that “Health is a state of complete physical, mental and social well-being and not merely the absence of disease or infirmity”.

In other words, to be truly healthy, you must be healthy in mind, body, and spirit. Unfortunately, in today’s world, that’s become increasingly more difficult.

According to the CDC (Center for Disease Control), six in 10 American adults have a chronic illness. Annual health care costs are at $3.5 trillion dollars a year.

16.2 million U.S. adults experience a bout of serious depression once a year.

And one of the key lifestyle risks for chronic disease is a poor diet lacking valuable nutritious superfoods. A poor diet is also linked to higher rates of depression.

Thankfully, there’s an easy way to get and stay healthy. That’s with phytotherapy.

But what is phytomedicine? We’re going to share with you everything you need to know about phytotherapy along with some easy tips on how to get started.

Phytotherapy is science-based. It’s the practice of using plant-derived mediations to treat and prevent disease.

Most of us are used to being prescribed pharmaceutical drugs to heal ourselves. But herbal practitioners prefer to use phytomedicine because they’ve done the research and realize it’s myriad benefits.

Phytotherapy is Ecology in Practice

Medicinal herbalist David Hoffmann defines herbalism as “ecology in practice”. He believes that everything is connected.

This means if one tree is sick then the entire environment suffers because all organisms rely on one another for survival. The herbs are not just for human use and consumption.

Instead, plants and herbs are a vital part of the health of everything from the soil to the fungi to the insects. The new biology is suggesting that the entire world revolves around mutual support and synergy.

Phytotherapy is an Ancient Medicinal Practice

Who Introduced the Concept of Phytotherapy

It was French physician Henri Leclerc who first developed the concept of phytotherapy. The term was first used in 1913 but did not become a commonly used English term until 1934 when an English practitioner of homeopathy and herbalism named William Powell introduced it to English speakers.

Leclerc had a strong focus on what we now know as evidence-based medicine.

There are many examples of phytotherapy that you may already be familiar with or even use such as:

Ginko Biloba can be used to treat disorders of the central nervous system as well as mild cognitive disorders.

It’s also been known to help people with asthma, depression, and even PMS (premenstrual syndrome).

The root of echinacea is known to treat and prevent the common cold.

An integral part of herbalism is the use of oils made from herbs to aid with the healing process. Aromatherapy is considered a highly specialized subsection of phytotherapy. Some examples of oils used for phytomedicinal purposes are:

Rosemary is also good for treating skin issues such as:

Why Seeking Out Phytotherapy is Important to Your Overall Health

Naturopathic doctors look at the patient as a whole and integrated human being. They believe that health is both a positive and active state.

That means, the practitioner won’t just look at the physical ailment, but will instead focus on the various aspects of their patient’s lives such as:

Holistic healers also understand and respect each individual’s ability to heal themselves.

An Active Partnership is Formed

Rather than traditional western medicine where the physician often takes the lead and dictates a health protocol for their patient, phytotherapy instead is an active partnership.

There is also not one right medical way, technique or theory. It instead considers the whole person that includes their:

All of these conditions factor in greatly when it comes to affecting someone’s health negatively. Holistic healers believe that every illness comes with an opportunity for self-discovery.

The Benefits of Phytotherapy

Besides what we’ve already mentioned, there are several other benefits to phytotherapy such as:

Thankfully, no one can patent a plant. Therefore the costs will never get too astronomical nor will one company ever have a monopoly on a certain plant.

That means phytotherapy is more cost-effective and affordable than some traditional pharmaceuticals are.

While phytomedicines do have side effects, often they’re very mild and rarely life-threatening. However, always talk to your doctor before you begin taking phytomedicine.

You’ll probably never know what’s in most pharmaceutical medications. But you do know and can easily research the natural ingredients that phytomedicines use.

That lets you truly be in control of what you put into your body.

You don’t need a prescription to obtain phytomedicines. However, it’s best to buy your phytomedicines through a physician or another trusted resource.

That way you can ensure you are getting the best quality products possible.

Phytotherapy is a natural way to heal your body, mind, and spirit. But first, we need to find out what got you in your current state.

And then we can design a healing plan that’s right for you. To get started schedule your appointment with Dr. Threlkel.

Check out more below! 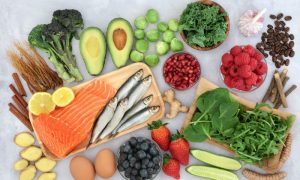 The Complete Guide to the World’s Most Anti-Inflammatory Foods

How Tracking Your Cycle Can Help You Get Pregnant 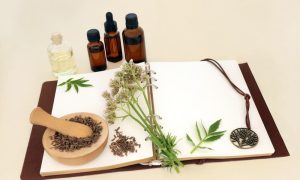 Contact us for all of your health related questions

Have you worked with us? Write a Review!
PATIENT’S CHOICE WINNER

Dr. Threlkel’s Practice has been recognized as one of the top Naturopathic practices in Washington DC.
Verified by Opencare.com

Dr. Threlkel’s Practice has been recognized as one of the top Naturopathic practices in Washington DC.
Verified by Opencare.com

IT Support by SADOS